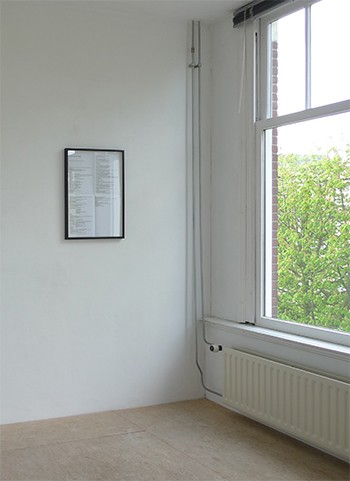 MUSEUM OF THE PEACE PALACE, THE HAGUE, NETHERLANDS.

Portraits of the Committee, who chose the final design for the Palace.
Photograph.
Photograph.
Banner with the word “peace” in the middle.
Banner with the inscription “Peace to all” in gold letters.
Postcard showing the Christ of the Andes.
Maps.
Portrait.
Portrait.
Map.
Printing blocks and wrapped books.
Photograph of the arbitration between the United States of America and Mexico.
Photograph.
Maps originated with the arbitration commission on the mine disputes.
Collage of photographs.
Picture of ceiling of Grand Staircase.
Photographs.
Photographs showing the Iran-US Claims Tribunal.
Portrait.
Portrait.
Portrait.
Drawing from the architect’s bureau.
Photographs of the Presidents of the Board.
Design of the gardens of the Palace.
Model of the Palace.
Photographs showing construction works.
Postcards illustrating items to be seen.
Portrait of American diplomat.
Grotius preparing for the escape.
Advertising material for a theater show.
Photograph of the opening ceremony.
Page from a book with a colored print.
A calendar from 1918.
Two pages of a weekly calendar.
Large calendar.
Page from a book with an advertisement.
3 postcards.
Large poster.
4 postcards.

Wallet sized calendar with the name-days of saints.
Cover page with text.
Seven German propaganda ribbons.
Poster.
Music sheet.
Poster with the number of victims of World War I.
Poster of a British Red Cross nurse.
Poster with the organs of the League of Nations.
Poster for the World Disarmament Conference.
Postcard.
Seven postcards reflecting the League of Nations.
Hand made poster.
Satiric poster.
Year book of the AAA.
Framed photograph.
Two pictures black and white of an AAA road trip.
Poster about the general pact for renunciation of war.
Enlargement of a stamp, from the postwar period.
Photograph of the first bench of the court.
Picture of a painting.
Three pictures of allegorical emblems.
Six pictures of judges.
Print showing the trunk with Grotius being carried out of prison by the guards.
Poster of the exhibition on Grotius’ life and works.
Print showing Grotius coming out of the trunk.
Letter handwritten by Grotius.
Reproduction of an etching showing Napoleonic wars.
Painting showing the French surrender at Sedan.
Two photographs of the stained glass windows in the Great Hall.
Poster depicting a share warrant for $50.
Views of the interior and exterior of the Palace.
Two photographs, a map and a cross section of the wall complex.
Written statement of Palestine in the case concerning the construction of a wall.
Written statement of Israel in the case concerning the construction of a wall.
English Caricatures.
Two photos and one map.
Portrait of a man in his office.
Rules of Court.
Print featuring three gentlemen.
Grand Panorama.
The French parliamentarian group visiting the British Parliament.
Portraits of Alfred Nobel, Andrew Carnegie and Victor Hugo.
Six postcards.
List mounted on cardboard.
Photograph: Judges leaving the main entrance of the Peace palace.
Photograph of Judges in the Small Court Room.
Picture of judges during a hearing in the Small Hall of Justice.
Photograph of the Geneva based Committee of Experts.
Two photographs of the “inspection on the spot”.
a rare event which occurred in 1937.
Hand drawn pencil sketch proposal for the seal of the court.
List of Judges.
List of Statistics.
Map showing Poland and surrounding countries.
Photograph clipped from a journal.
Portrait in bronze of Japanese Judge.
Two photographs of the funeral of Japanese Judge.

Photograph displaying the Court during a public hearing.
File folder containing the stenographic minutes of the Session of the Court.
An invoice of a cinematographic coverage.
Two large posters.
Large framed mounted photograph of the Court in session.
Poster of the UN Charter in various languages.
Two photographs of major UN venues.
Small United Nations flag.
United Nations poster.
Four photographs.
Record of the International Military Trials at Nürnberg.
Pamphlet.
Photograph displaying the defendants and their sentences.
A round cardboard Kodak film container.
A view into the Reading Room.
Picture of the staff.
Bibliography of the International Court of Justice.
Picture of the Committee of Jurists.
Seven photographs: