Cut is a 51 min. digital video that departs from a peoples uprising in the cities of Cutral-Có and Plaza Huíncul, in Argentine Patagonia in 1996. It investigates the relevance of the moving image to re-present and account for a popular uprising. The work suggests that the formal capacity of video and image-movement makes it possible to update and relocate past and geographically distant events.
Documents, archive, sounds, voices, filmed locations and filmed scenes, all the elements in the film are organised by montage and cuts in the material. Those elements exist inside the work without respecting the logic of belonging that they may or may not have outside the film itself. The work is articulated in episodic fragments that leave empty spaces between groups of images. Fundamental aspects of the events referred to in this video are the systematization of road blockade and the interruption of circulation of goods, as a method of protest and collective organization.
The piece is part of a larger research project where I suggest that the revolts of the 90’s constitute a historical sequence, a cycle of popular and anti-neoliberal resistance. This cycle relocates a more challenging political practice that State terrorism had annihilated in Latin America. The enormous potential for rupture of the social movements expresses the militant quality of self-organization, which in their radicality, aim to remove the communicational, legal and police techniques of authoritarian domination through democratic channels.
Cuts and interruptions might serve to articulate a form of revolt. And to produce a spacing that relocates political practices, but also artistic questions. Questions about certain formal radicalism, when thinking and visualizing the political. 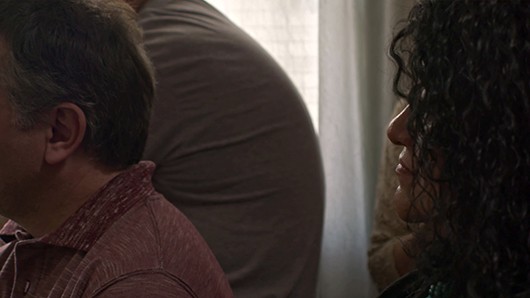